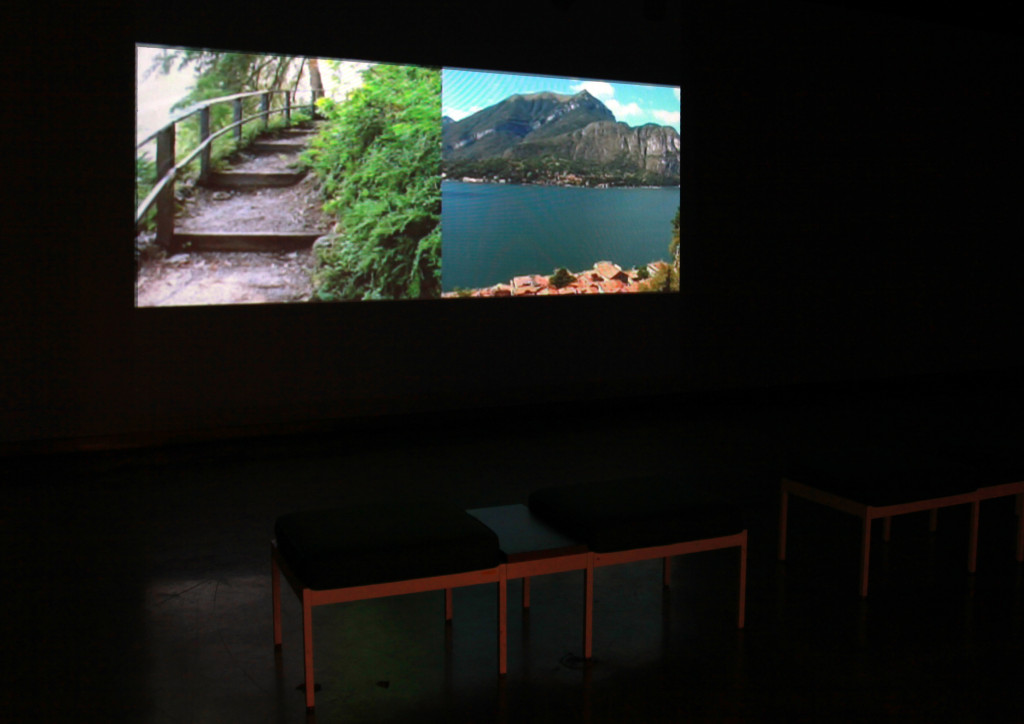 Two synchronised video projections draw us into a compelling journey through the labyrinthine gardens and ruins of Villa Serbelloni on Lake Como, Italy.

The passage of time, light, and people is central to this work where location and landscape become devices to explore duality, enclosure and isolation – both as physical and psychological states. Intersecting paths open out into seemingly impossible locations, mysterious doors set into the rock reveal secret passageways, and as the cicadas call, a sense of languor gives way to obsession and an unraveling of sanity.

Mortimer has created a compelling and choreographed installation, fluidly interweaving thousands of still photographs, video and timelapse photography. Her spoken diary forms the narrative base of the work, a confessional and intimate essay referencing Calvino, Borges, Mann and Twain whilst recording a personal response to the isolation and beauty of this place.

Created during a Rockefeller Foundation residency in Bellagio, Italy. The residency was taken in collaboration with Boston-based artist Robert Arnold. At Bellagio they worked together to create a collaborative bank of image and ideas with the intention of developing separate but linked responses to the residency.

The installation includes a series of large-scale hand drawn coded diagrams mapping the territory of Villa Serbelloni and a series of digital prints of portraits created by transforming Mortimer and Arnold’s studio into a camera obscura. 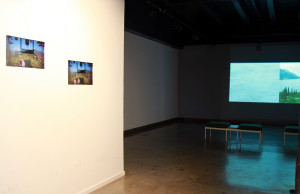 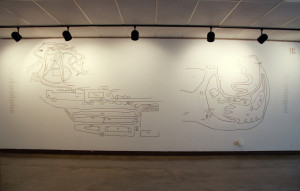 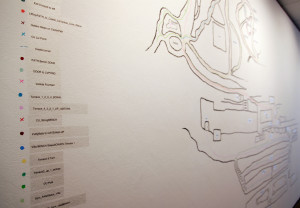